What they don't tell you about gold

No matter what the context, gold mining is unsustainable and damaging to the environment. Whoever buys illegal gold is, wittingly or unwittingly, part of a web crime that fuels a multibillion-dollar market and leaves a trail of destruction in its wake.

More precisely, in the Amazon. 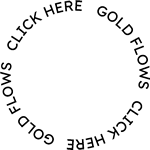 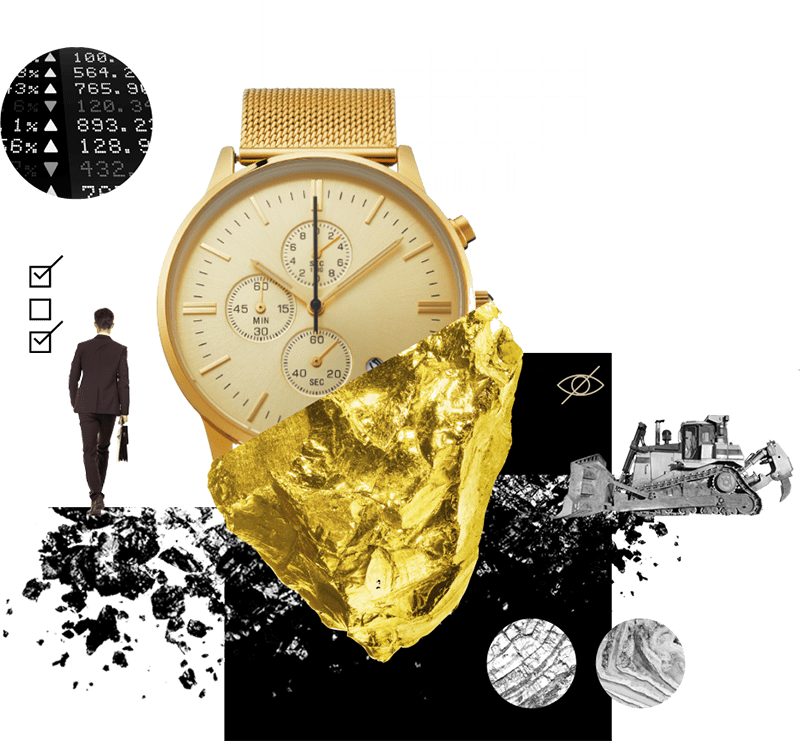 But who are the key actors and what are the potential outcomes of this story?

Pass the cursor over the icons to learn more 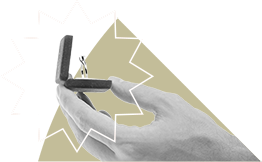 When buying earrings, bracelets and other gold accessories people generally ask for a guarantee certificate.
However, customers rarely ask for proof that the raw material is legally sourced. 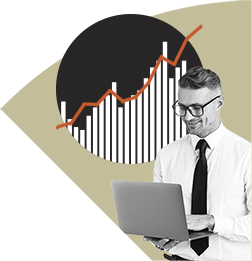 Many investors choose to buy gold as a safe option for diversifying their investments, but are unaware of whether extraction was environmentally sound and socially responsible. 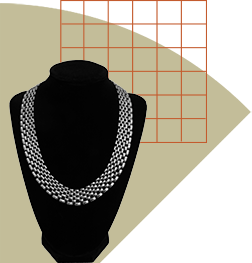 Key actors for combating the consumption of illegal gold, stores often fail to receive guarantees that the gold they purchase is legally sourced. Together with the financial market, jewelry stores account for 92% of global gold consumption.

Most of Brazil gold is exported. Foreign companies should therefore be aware of their responsibility to monitor suppliers and the origin of the gold purchased from Brazil, as they do in other countries.

Presumption of good faith: the guarantee of origin of gold

Did you know that the guarantee of origin of gold from wildcat mines in the Amazon is based on the presumption of good faith? Well, it's true: all the seller needs to do is say that the gold was mined legally. Nobody checks. 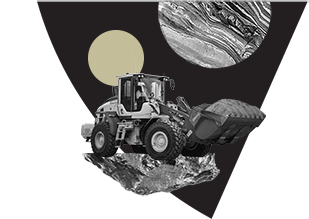 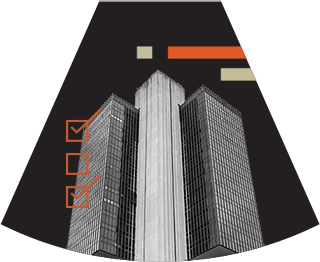 Distribuidoras de Títulos e Valores Mobiliários (DTVMs) in Portuguese are the only organizations authorized by the Central Bank to purchase gold from wildcat mines and sell it on to different types of consumers. The companies have headquarters in major cities and a network of branches spread across the Amazon. There are virtually no controls over the gold purchased by these companies. 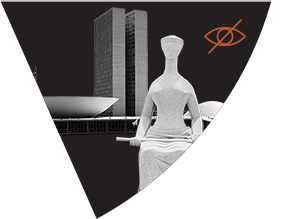 Instead of introducing measures to ensure socially and environmentally responsible mining and establishing an effective traceability system
, the government fails to control the sector and allocate funds to oversight and encourages mining in protected areas such as indigenous lands.

229 tons of gold are potentially illegal

Between 2015 and 2020, Brazil traded 229 tons of gold with evidence of illegality, equivalent to almost half of the gold produced and exported by the country. 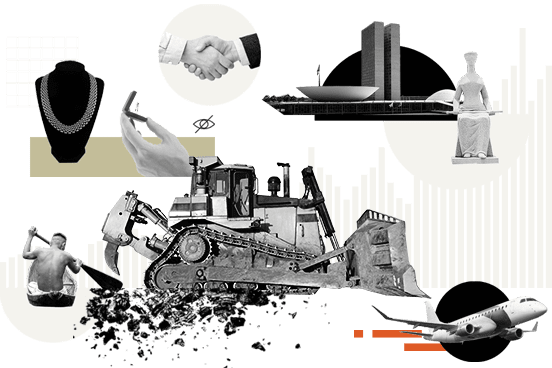 tons did not have information on the titles of origin/p>

Paths taken by the gold

In Brazil, gold is mined by either large-scale mining companies or wildcat miners. Look at the paths it takes to get to you.

Pass the cursor over the icons to learn more

After the gold leaves the mine it is treated as a financial asset.

Miners must sell the gold to a DTVM accredited by the Central Bank.

At the DTVM, the miners fill in a form – which can be a paper form – saying where the gold was extracted. The provision of a receipt is not required.

Large-scale mining companies can refine, sell or export gold for a diverse range of uses.

Brazil’s wildcat gold mines operate in the Amazon and the gold mined by these operations must be sold to DTVMs. When miners sell gold to a DTVM they fill in a form asking for personal details and where the metal was extracted. The information is not checked and the provision of documents providing proof of origin is not required. Under current law, the declaration of origin is based on the principle of good faith.

Here we are in the 21st century and the companies still use paper forms. The gold is laundered by simply declaring illegally mined gold legal at the moment of sale. 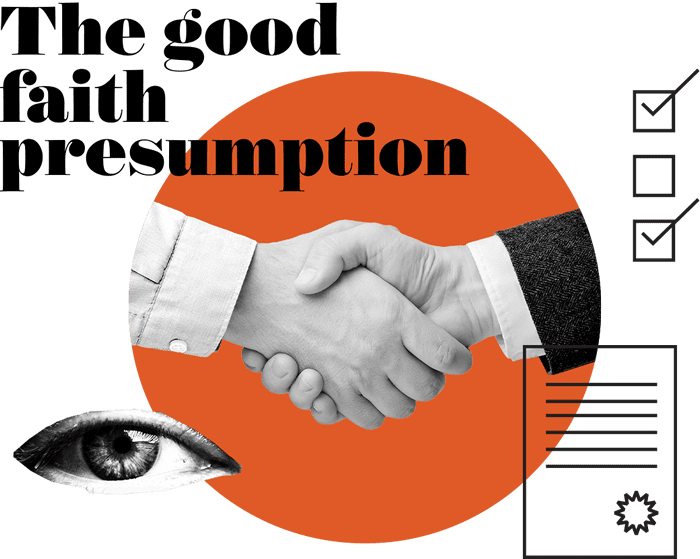 Bill 836/2021, currently under consideration in the Senate, sets out a legal framework for tracing gold at all points of the supply chain, from extraction to purchase by consumers, defining transportation and proof of origin documentation, electronic invoicing and digital recording systems. Filed by Senator Fabiano Contarato, the bill was drafted with technical input from Instituto Escolhas.

New tracing technologies such as blockchain can also be used to ensure the reliability and transparency of records.

There is an urgent need to implement mandatory tracing of Brazilian gold to curb illegal mining. 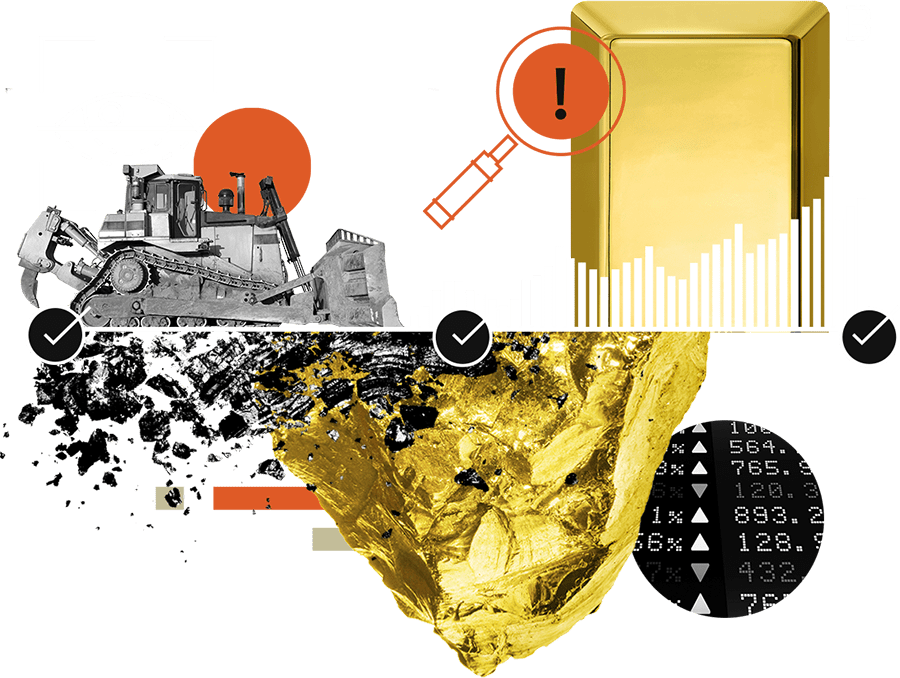 Primarily from the states of Mato Grosso:

Primarily from the states of Mato Grosso:

primarily from the states of Mato Grosso:

primarily from the states of Mato Grosso:

While the government fails to fight crimes linked to mining and the sector continues to operate based on the principle of good faith, the whole of society is affected.

The Amazon forest is being destroyed at an alarming rate, there is a rising tide of violence against indigenous peoples, and mercury contamination in fish and people is a public health emergency.

Mining encroaches on the forest

There has been a seven-fold rise in deforestation caused by mining in the Amazon over the last seven years, from 18 sq km in 2015 to121 sq km in 2021.

Guardians of the forest, indigenous peoples have fought against the rising tide of illegal activities on their lands, struggling to be heard in the fight against the mining sector. Unfortunately, their rights have been usurped by those who should protect them.

Bill 191, introduced at the request of President Jair Bolsonaro in 2020, seeks to permit mining on indigenous lands without prior consultation of indigenous peoples, as enshrined in the Federal Constitution and International Labour Organization Convention 169.

On 10 May 2021, two Yanomami children drowned after fleeing from gunshots fired by wildcat miners. Fifteen days later, the house of Munduruku leader, Maria Leusa, was burned down by miners.

More than half of the gold with evidence of illegality, came from the Amazon(54%). primarily from the states of Mato Grosso (26%) and Pará (24%). 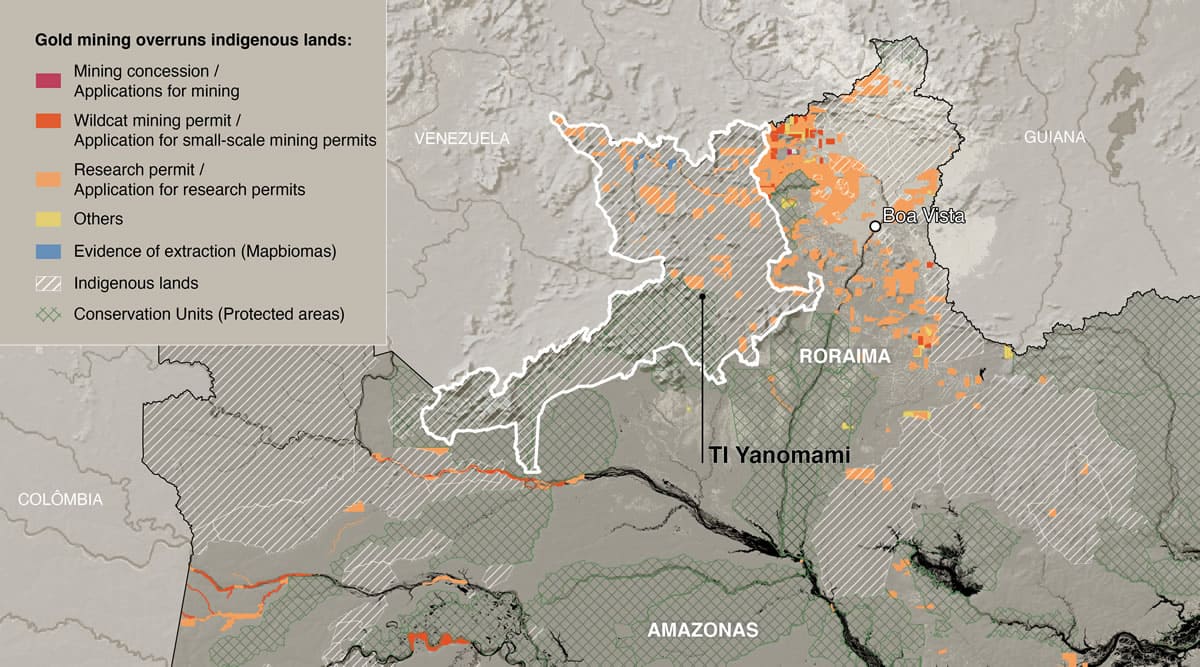 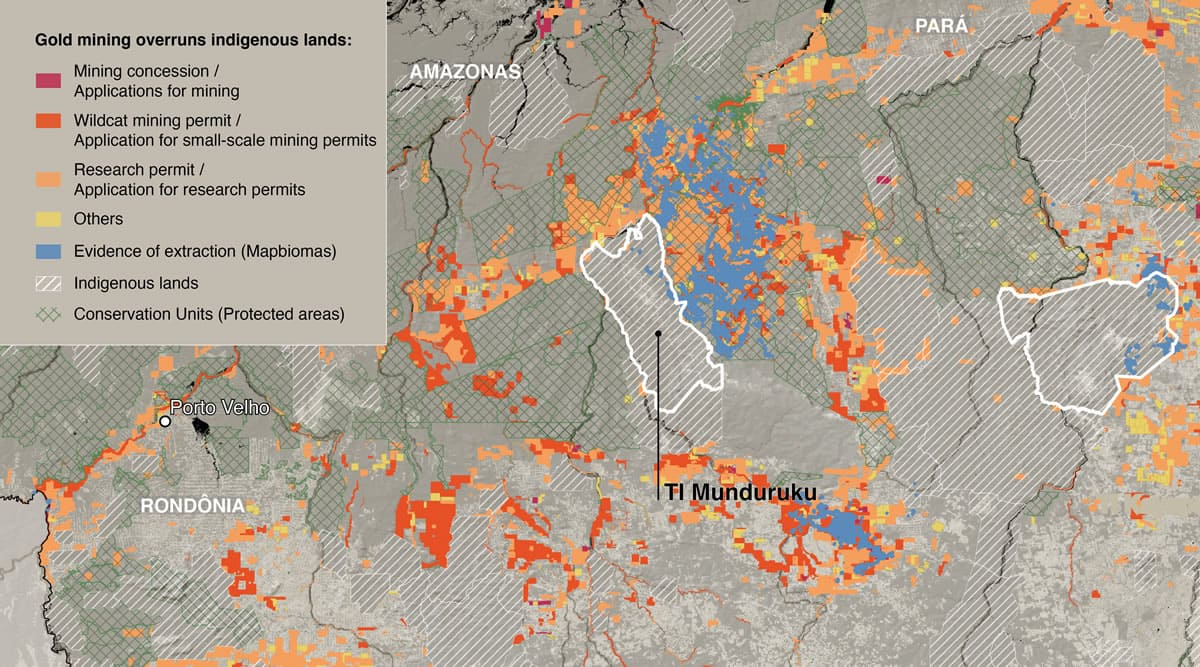 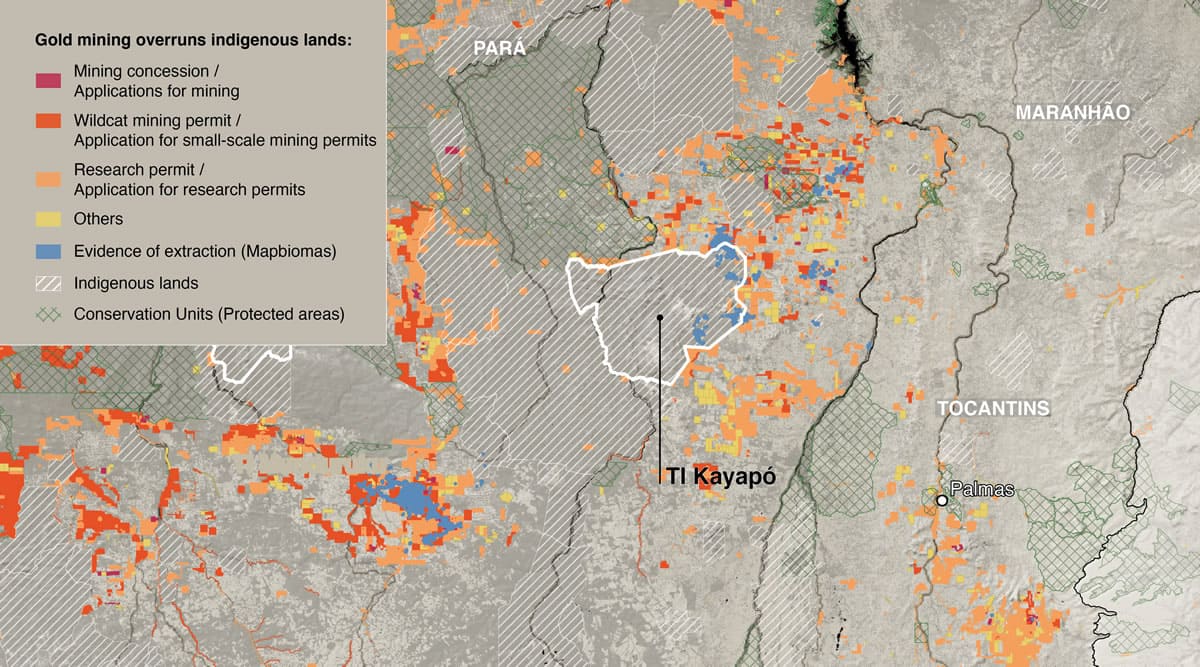 Brazil’s gold was purchased mainly by companies from Canada (42%), Switzerland (20%) and the United Kingdom (11%)and was the top export from Brazil to these countries, meaning that they are at high risk of exposure to illegality.

Pass the cursor over each country to find out how much gold they imported. 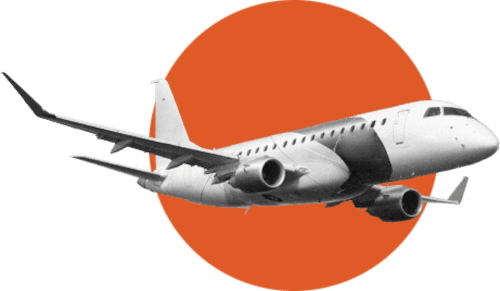 The legislation distinguishes between industrialized mining and “small-scale mining”; however, both use heavy machinery and use industrial practices. This distinction hampers environmental and labor controls, as mine owners seek to portray wildcat mining as a “small-scale” activity conducted to sustain livelihoods. The reality is quite different.

"According to the Federal Public Prosecutor's Office (MPF)*: "The legal treatment given to gold, and more especially small-scale mining, is still stuck in the idealized image of the prospector – the figure with a pick axe and pan – thus providing protection that does not make sense in the face of the effectively business nature of modern gold mining ventures". 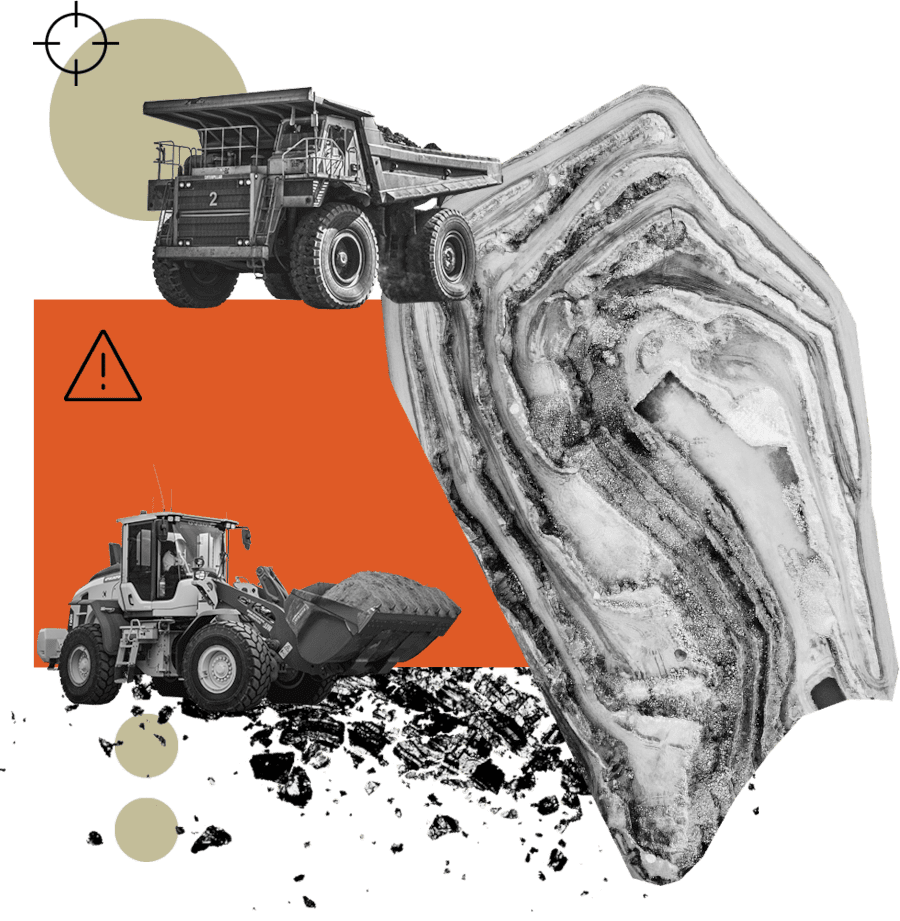 It is no coincidence that a major partner of Hyundai in Brazil has a dealership precisely in Itaituba, Pará – the main hub for illegal gold in the country – selling excavators costing up to R$1 million **.

How excavator manufacturers are fuelling illegal mining in the Amazon. 28/10/2021. Available at: < https://reporterbrasil.org. br/2021/10/como-fabricantes-de-escavadeiras-alimentam-garimpo-ilegal-na-amazonia />

How can we transform this reality?

Removing illegal Brazilian gold from circulation is no easy task, but it is possible. Using technologies such as blockchain, traceability systems are capable of tracking gold at all points of the supply chain from extraction to the final consumer, cultivating transparency in the sector.

Meanwhile, the gold in circulation in jewelry stores, banks and safes around the globe continues to leave a grim legacy of destruction of the environment and the lives of thousands of Brazilians. 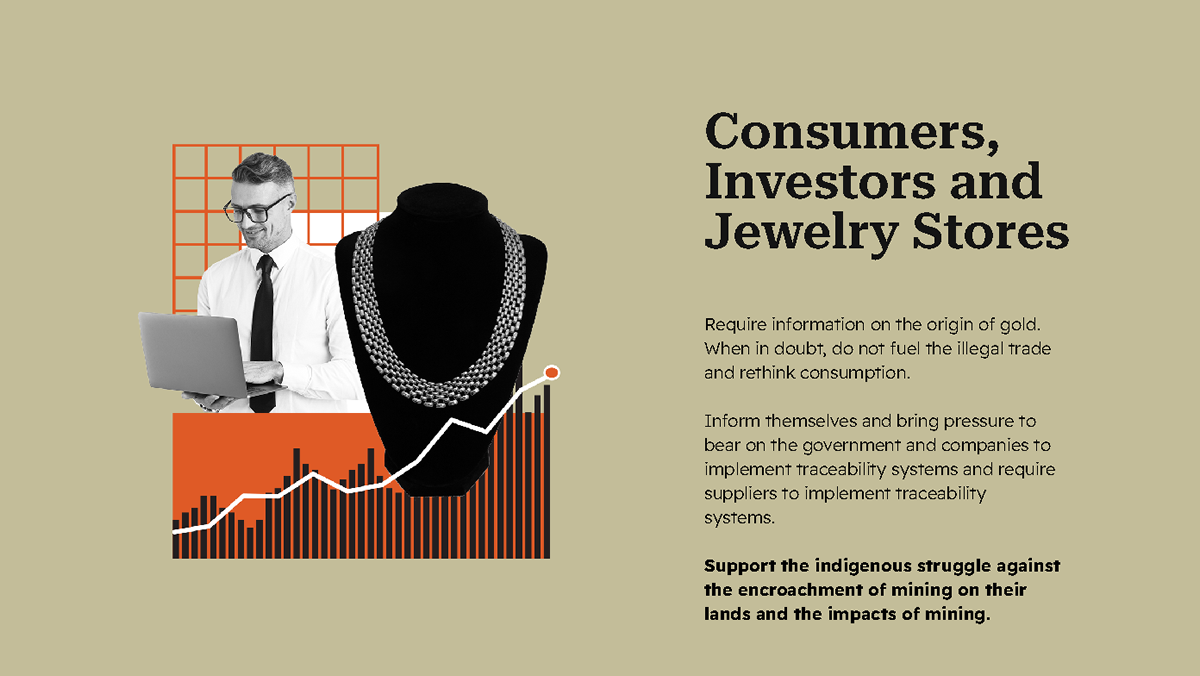 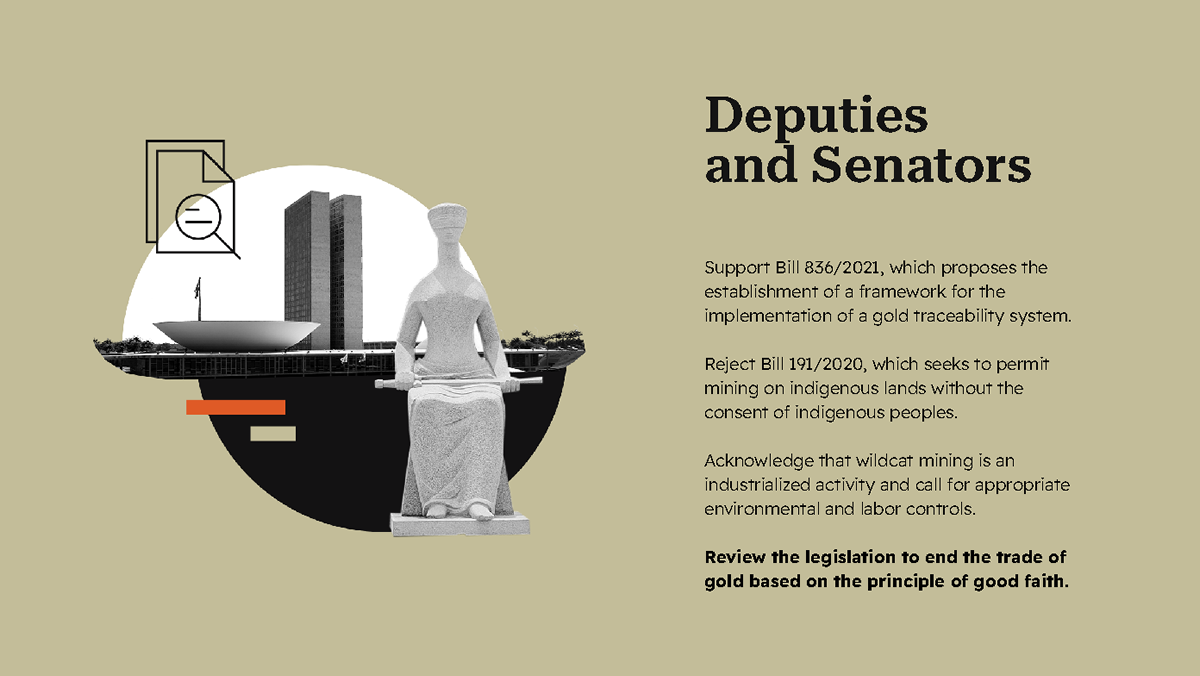 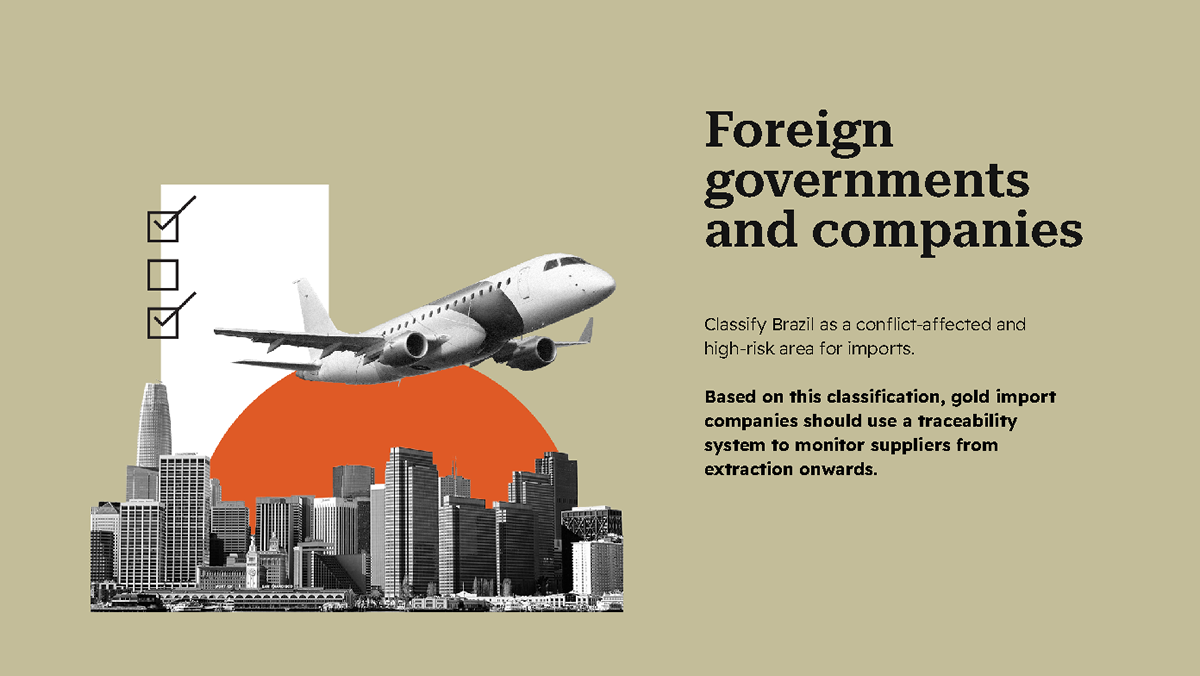 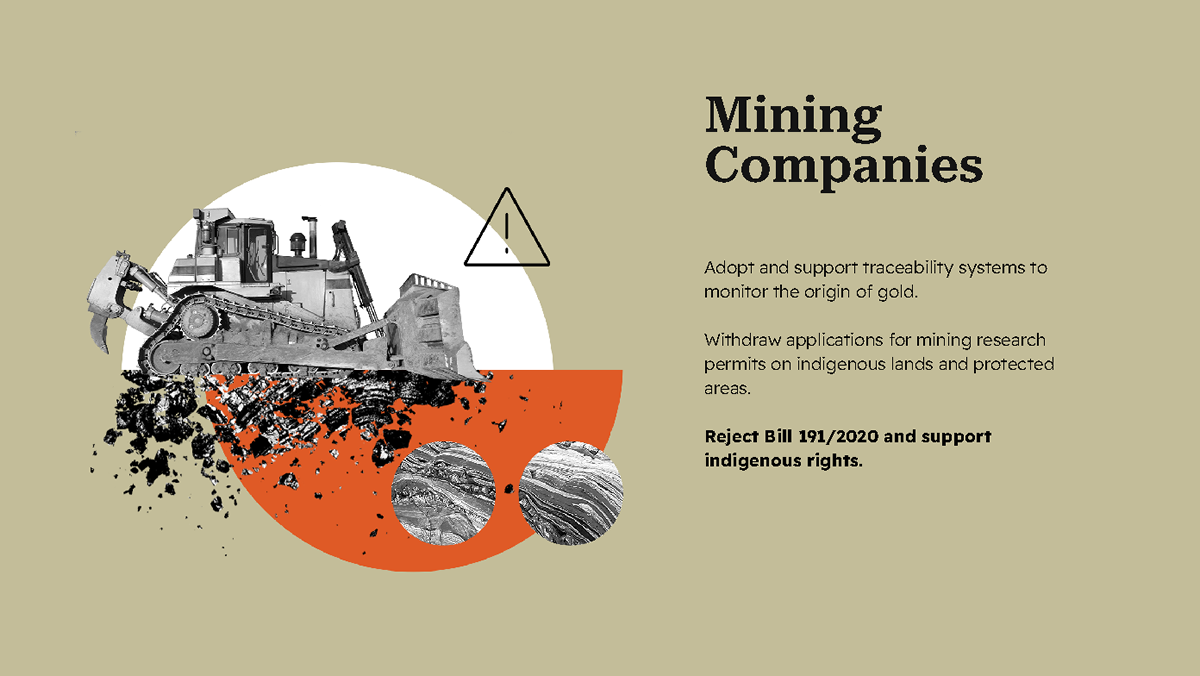 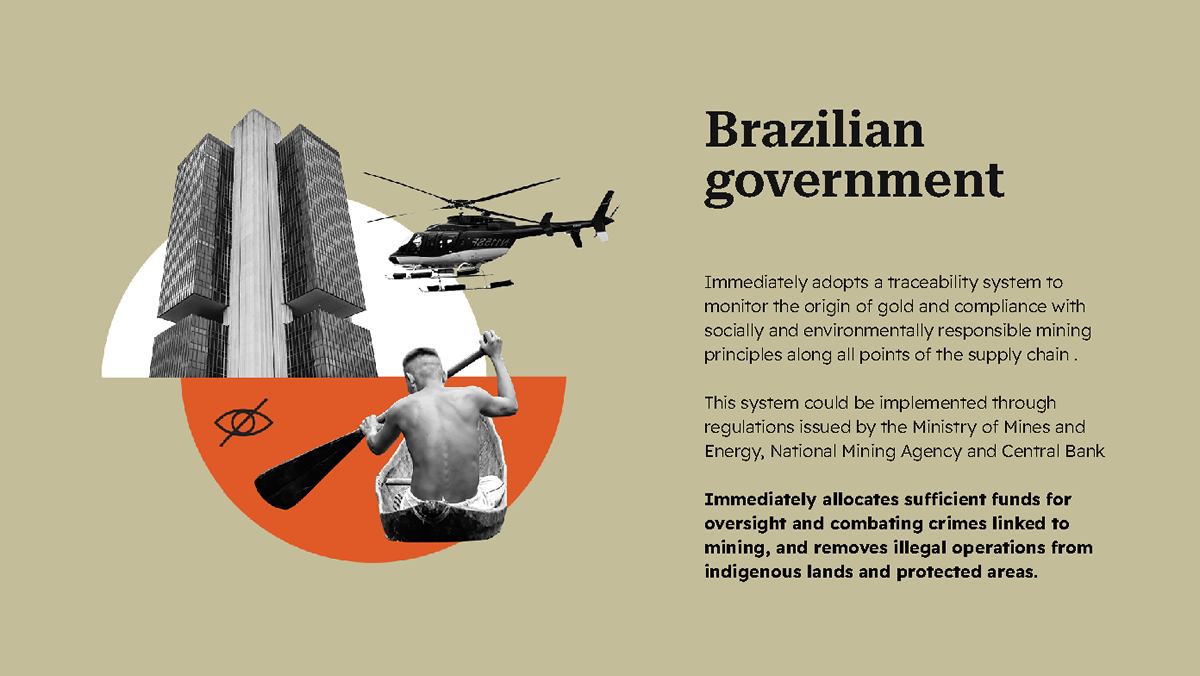 New chapters of the story emerge every day. Here we have recounted just a part of the story, providing evidence of the problems and offering proposals to solve them.

Gold under the microscope: more than 200 tons of brazilian gold are potentially illegal.

Protected areas or threatened areas? The endless gold rush in the Indigenous Lands and Conservation Units of the Amazon.

What is the real socioeconomic impact of gold and diamond exploration in the Amazon?

The new gold rush in the Amazon: where prospectors, financial institutions and flawed monitoring come together an stay and advance over the forest.

How to cite this work

What they don’t tell you about gold